We have a partner showroom in your area
Badeloft > Buying Guides > What is a .75 Bathroom? 2020 Guide to .75 Bathrooms Common types of bathrooms in a home

Half baths and .75 bathrooms are the most common types in most homes. This is because these two types of bathrooms afford the most functionality while allowing for an acceptable area of space. It is fairly common for a home to have either 1-2 either half baths or .75 baths.  Full baths are also common, but there is usually only one located in most homes as they tend to be quite large and are generally next to the master bedroom. Difference between .75 bathroom vs a full bathroom

Difference between a .75 bathroom and a .25 bathroom

Cost of an average .75 bathroom? Does a .75 bathroom bring value to your home?

In general, yes, having more baths in your home will add value to your home. And since its functionality is higher than a half or quarter bath, .75 are quite desirable. But if you want to add more value to your home, remember that a full bath is still the most desirable of all the bathrooms. Conversely, a bathtub is much more valuable than a shower, as most homebuyers gravitate more towards a bathtub than a shower.

Should I add a bathtub to my 3/4s bathroom?

In general, this question will depend on what the needs of your home are. For those living alone, adding a bathtub to a ¾ and making it a full bath may not be very economical. A ¾ bath is a great bathroom that allows for a great deal of functionality while still saving your home some space. If you have a large family with multiple kids and pets, then perhaps a full bath is more desirable as it can suit the needs of multiple people at once. If so, then you should consider converting to a full bath.

A .75 or ¾ bath is a great option for those living alone and for those that want to save a little space. Not every house can have multiple full bathrooms, so .75 are a great economical option. Although it may not appear as attractive as a full bath, a .75 is still a good value for those looking for all the functionality of a normal bathroom while still being economical about space.

A free sample of our material in both matte and glossy finish!

A full size printout (footprint) of our tubs to help you plan your new bathroom! 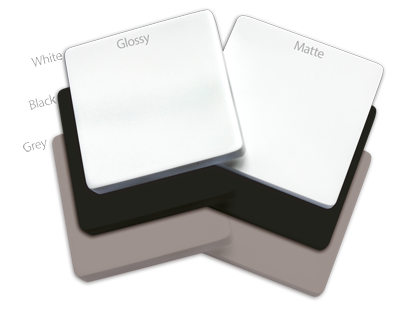 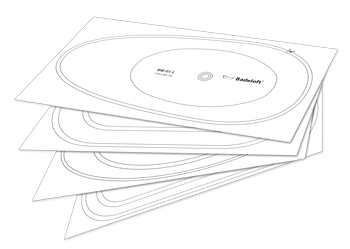 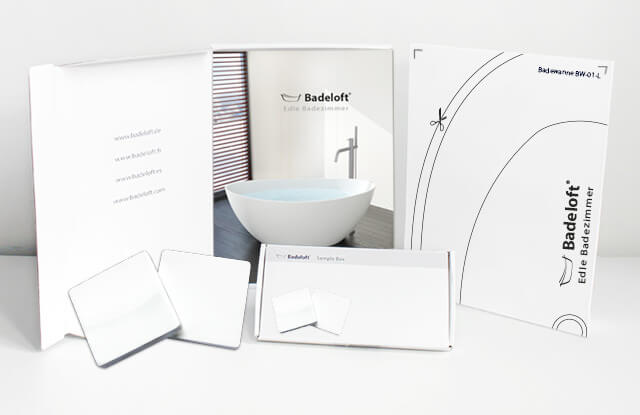